Which is the Free Backup Software for Windows 10? 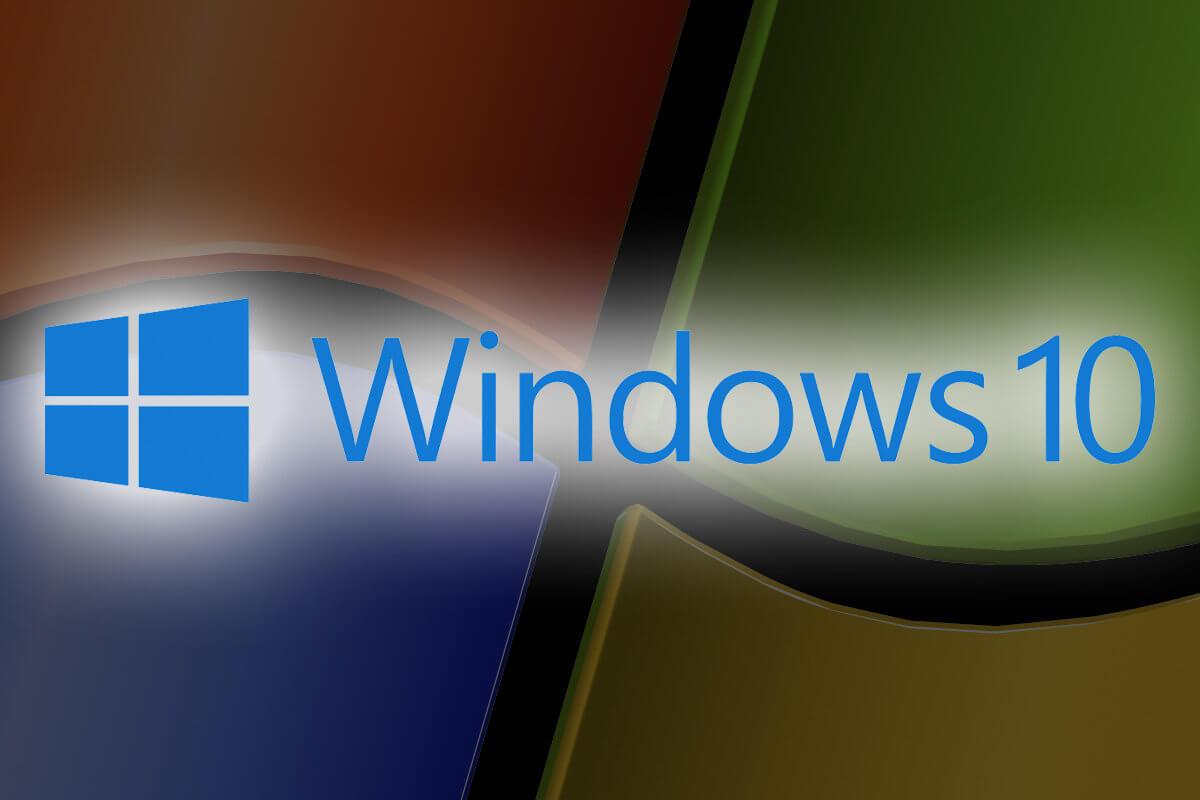 AOMEI Backupper is also a Windows backup tool that can be used to create multiple types of backups including system backup, disk backup, partition backup, and file backup from command line or graphical user interface. It is designed to serve all Windows users with different editions. Both PC users and Server users can find it quite convenient as backup solution.

How to clone a hard drive from MBR to GPT disk with AOMEI Backupper?

1. Download, Install and launch this cloning software. Connect or install the target GPT disk to your PC in advance and make sure it can be detected. 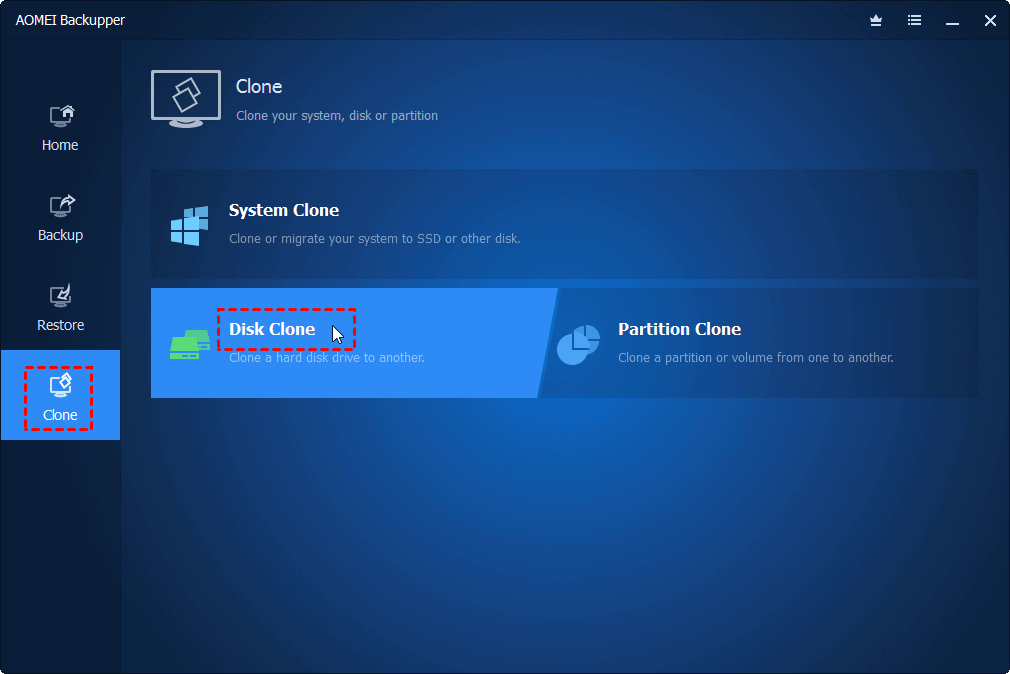 3. Now you can select the MBR disk as the source disk and click Next. 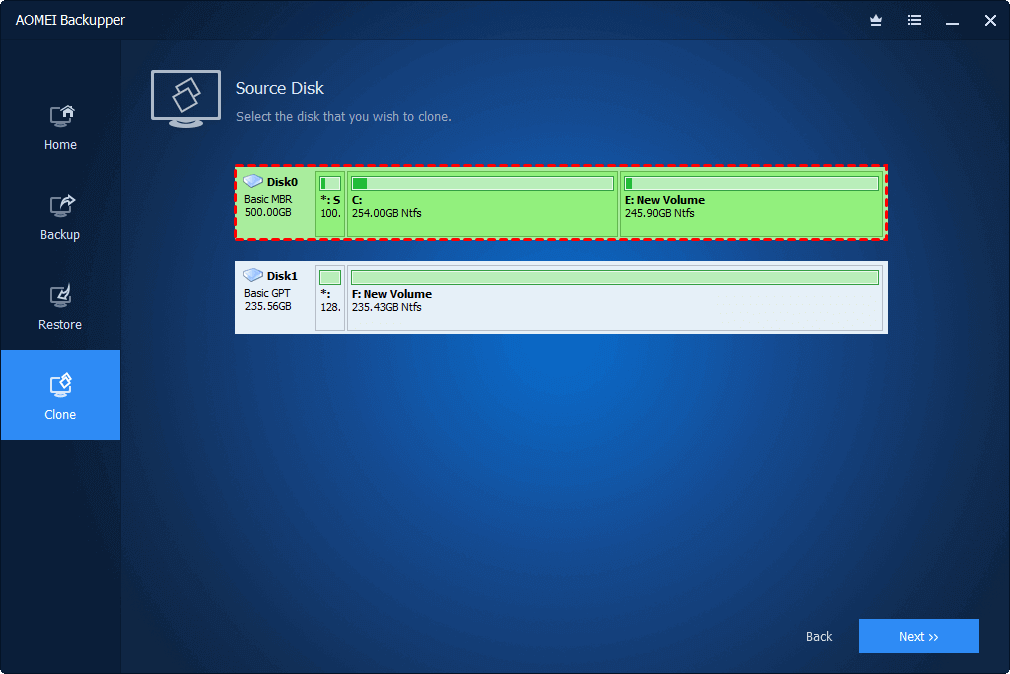 4. Select GPT as the target disk, and click Next.Make sure that there are no important files on the target GPT disk, because the clone process will delete all the data. If so, you need to back up the files before cloning. 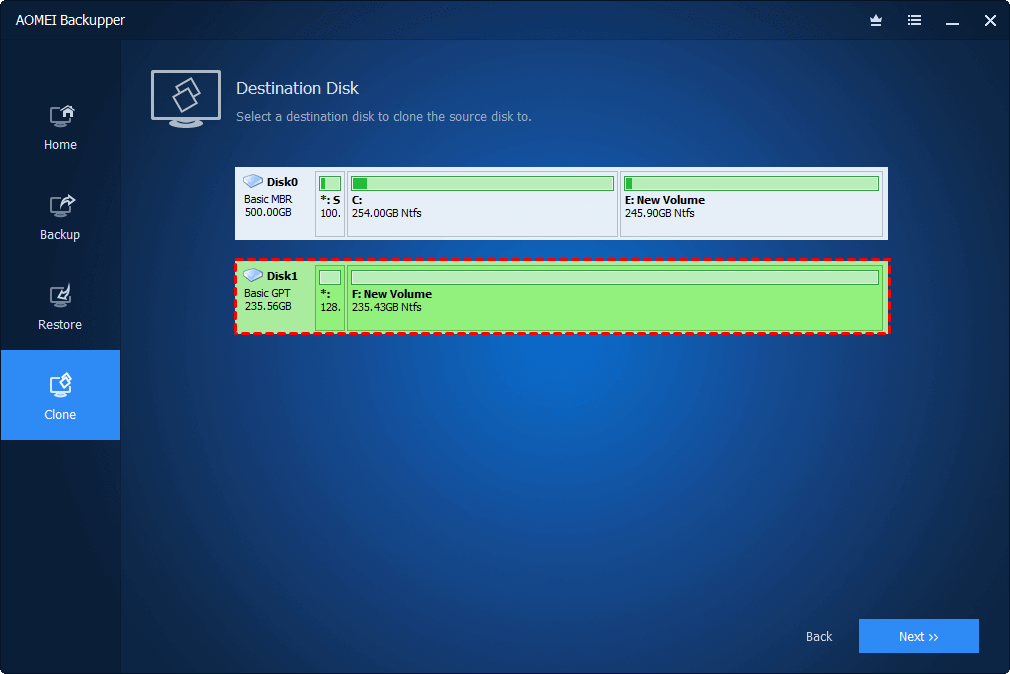 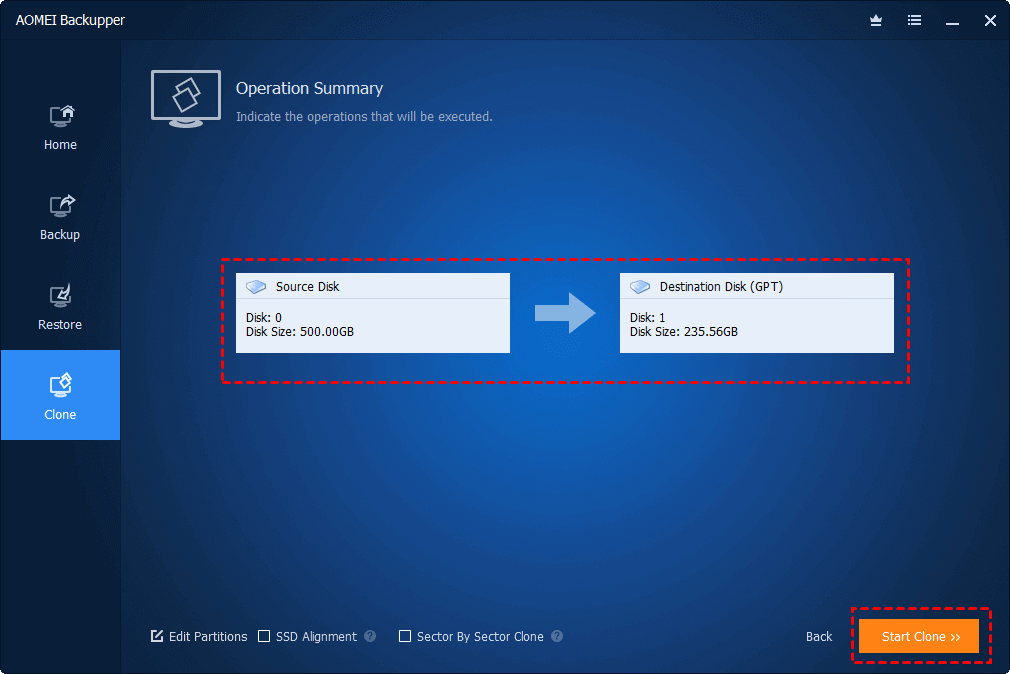 The process of copying the MBR to the GPT disk will run in the background, so it will not affect your work on your computer.

Before booting from this GPT disk, you need to boot to the BIOS and change legacy to UEFI boot mode.

AOMEI Backupper is an all-in-one, simple and safe Windows backup and clone software. AOMEI Backupper Pro is undoubtedly free cloning software in the market and it performs backups and restore process fast. AOMEI Backupper also supports to migrate operating system (OS) and all applications in system drive to the faster SSD or a larger hard disk drive without reinstalling Windows. AOMEI Backupper is quite efficient for backing up an entire hard drive. Try it today!

Previous Post Which is the Best Windows 10 Partition Software?

Next Post How to Build a Great On-demand Food-Delivery App in 2020?