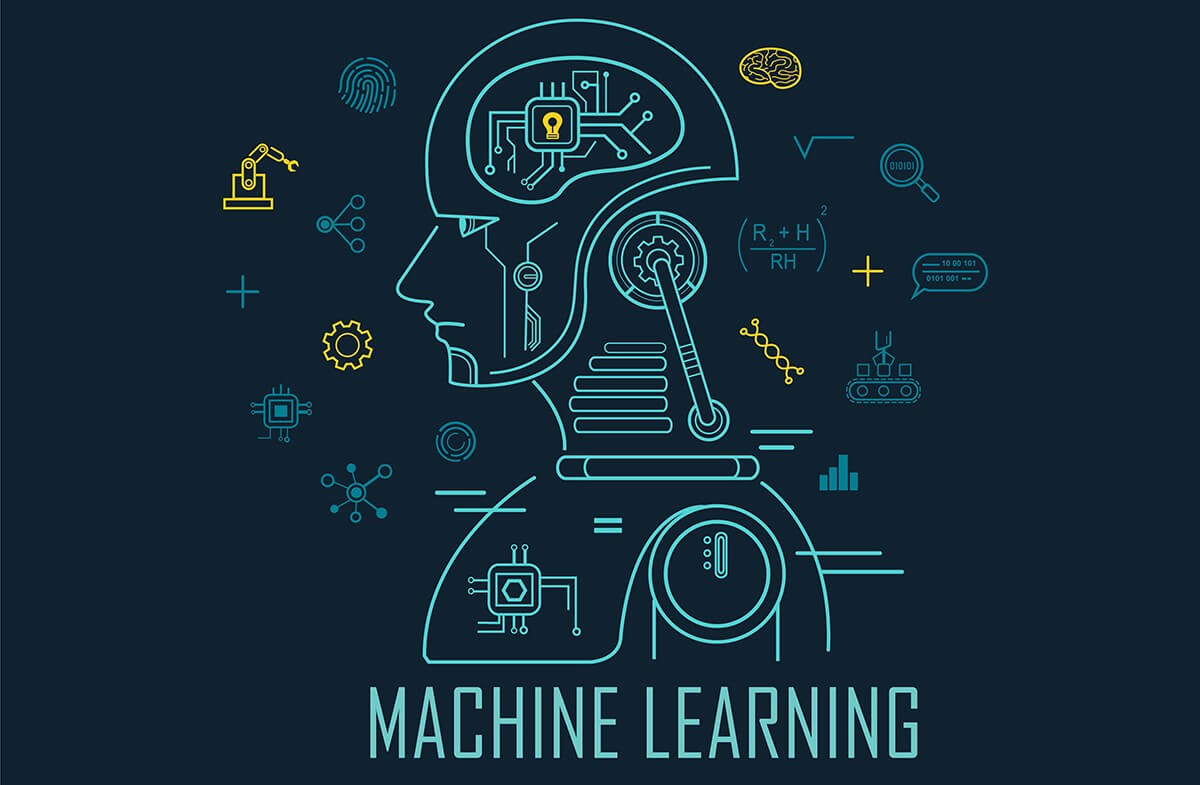 Artificial Intelligence (AI) has a wide suite of possible applications. This post is going to be focused one particular application: Machine Learning (ML). Machine Learning is a type of AI that allows computers to learn through large amounts of data without explicit programming from an on-site programmer. A common programming language for these practices is Python.

Python is among the most popular programming languages for AI and ML applications for a few reasons. The first is that the language is simple to use, even as a beginner with not much programming experience. Because of Python’s straightforward syntax, there is less time required to gain a comfortable understanding of the basics, allowing those working with AI and ML projects to immediately begin programming and processing large amounts of data.

Not to be forgotten when considering a reason for Python’s popularity are its established libraries of prewritten code that provide base level functions and actions that are easily applied in AI and ML projects. This reduces the amount of time spent developing code to be utilized in multiple different projects.

Some of the popular libraries include: Apache Spark, Keras, pandas, scikit-learn, Theano and more. These same libraries also offer the programmer other data representation tools to create more visually appealing pieces to portray the data with which they’re working. These tools allow for programmers to display insights and conclusions in a more engaging manner.

Transitioning the focus to versatility , Python provides more possibilities for projects. Programmers have the option to choose the programming style with which they are comfortable — even being able to combine programming styles in conjunction with other languages to reach the desired result.

For example, this is the reason that Python can work on a diverse set of platforms including Unix, Linux, macOS, Windows and others. If you’ve been working on a project that you need to transfer to another platform, modifying certain lines of code can ensure that everything will remain compatible on another platform.

To close, because Python is an easy language to read, it makes the process of understanding the code, copying the code, or even changing the code if necessary, a much easier task than other programming languages. This is made even more apparent by Python’s strong community support. Being an open-source language, there are numerous free resources that Python programmers can utilize to ask questions, discuss problems and aid one another through problems.

Thus concludes the reasons that support Python’s case for the most suitable language for data science applications. The accompanying resource delves deeper into Python and how it can be used in AI applications — including ML and data science. For more information about Python and its prominence in machine learning applications, please take a look at this infographic, courtesy of Accelebrate.

Previous Post Is Gaming Really Harmful For Teens? Some Facts And Myth