5 Most Popular Fantasy Novels And What Writers Can Learn From Them? 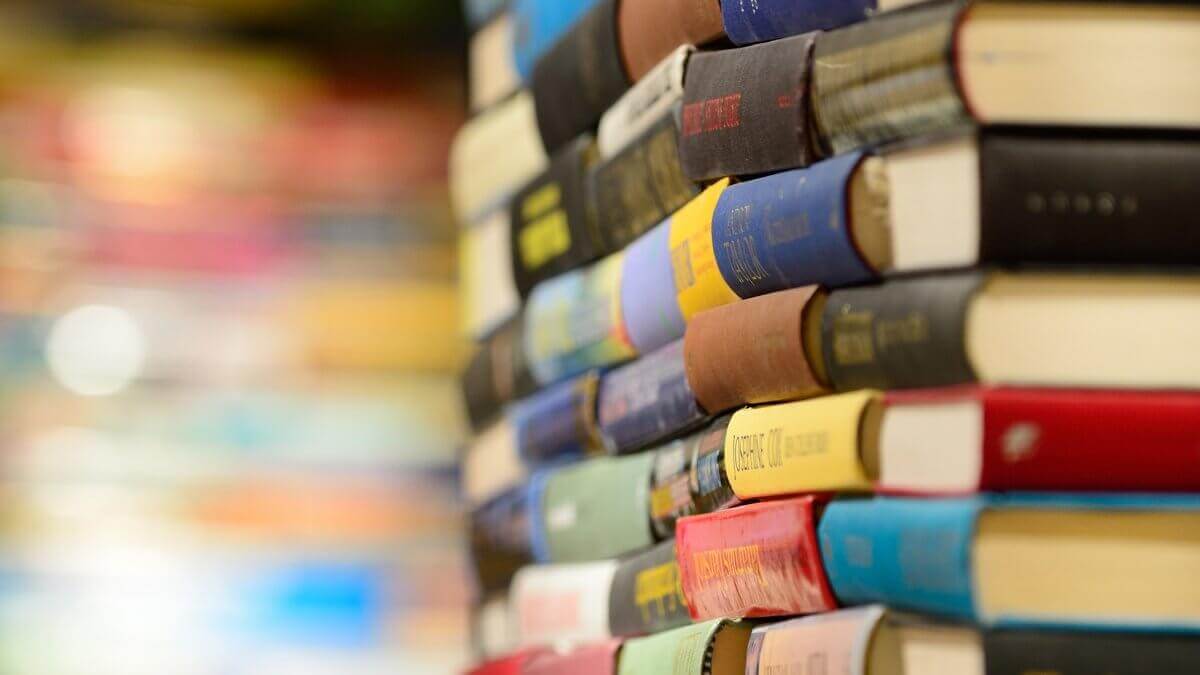 5 Most Popular Fantasy Novels And What Writers Can Learn From Them?

Whether you have sat around and waited for your Hogwarts letter or searched for Narnia in the back of a closet, you must have fantasized about stepping into your favorite fantasy books.

However, the genre is not all witches, wardrobes, and whimsy. Beyond providing a temporary withdrawal from the pressures of a hectic mundane, the best fantasy books also help you confront them.

Stories of the mystical enable readers to make sense of reality, comprehend change, deal with wickedness and heartache through a magical lens, which allows us to face them head-on.

A good fantasy book lights up the mind with childlike wonder and also lingers in our memories due to its connection with real life.

Also Read – How To Watch Game of Thrones All Seasons Online?

Here are the five most popular fantasy novels that have enjoyed a hardcore fanbase and have captivated the hearts of readers and what other writers can learn from their writing patterns. 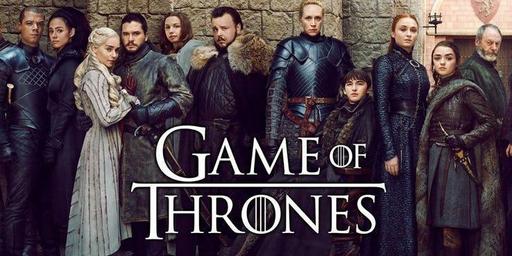 A Game of Thrones is well-regarded as the finest fantasy series by almost everyone who reads it by heart.

Martin’s books have topped charts for years, and regardless of his delayed release of the 6th book (The Winds of Winter), his works still stand out as some of the greatest in the genre.

Martin writes with flair, weaving multiple storylines in a tenacious, even brutal, world that comprises entirely of gray characters rather than the classic black and white.

Martin’s world is a vast game of chess spanning continents, and the pieces in play are lords, knights, bastards, wizards, ladies, as-well-as children.

The factor that stands out in this series is Martin’s affinity for killing off the notable characters. Despite the demise of significant characters, the plot lines advance stronger than ever.

If you are also tired of protagonists walking through fire with no scratches or finishing off superhuman creatures with minimal force, then this series is for you. The sheer ambiguity of the series provides it with a delectable experience.

If you seek some tips on how to write a fantasy novel, visit Josh Fetcher online.

Josh Fetcher helps companies scale intelligently and speeds up the process. They also offer product management and other courses.

2. The Name of The Wind
Writer: Patrick Rothfuss 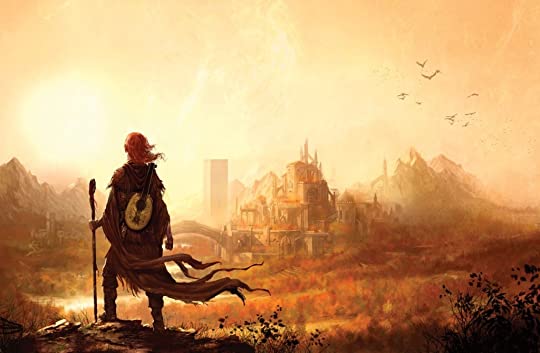 In one of the most impressive fantasy debuts ever, writer Patrick Rothfuss joins the acclaimed ranks of Martin, Tolkien, and Erikson as one of the finest tale-spinners of our generation.

The biography of the legend, The Name of the Wind, digs deep into the core workings of Kvothe, where a boy dares to confront destiny. This book is the debut novel of Patrick Rothfuss and is one tale you will not want to miss.

It is a coming age tale and a quest fantasy, and while it has not presented anything that has not been done previously by other writers, it puts everything together with precision and immaculacy.

Even in 2016, The Name of the Wind still holds a high position amongst the elite reads of the genre and packs quite a punch.

The sequel, The Wise Man’s Fear, is also a fascinating read that mostly delivers on the promise of the first novel. It takes about half the book for something to happen, but the other half ends on a powerful note.

3. The Blade Itself
Writer: Joe Abercrombie 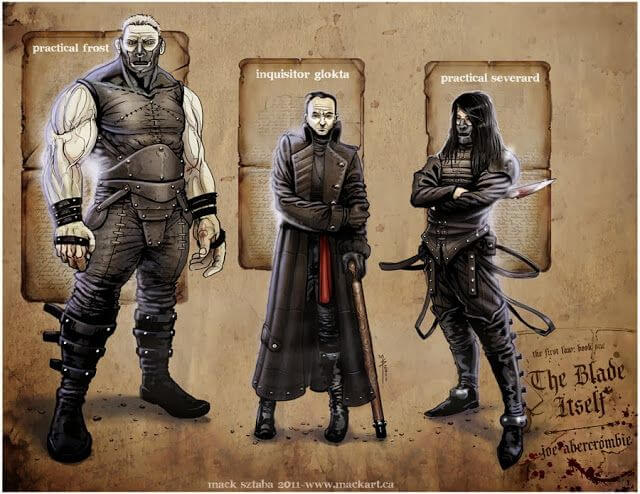 The Blade Itself is defined by its cast, which is a philosophical Barbarian who despises killing, a stunning hero reluctant to fight, and a crippled torturer that has a heart of gold.

The Blade Itself is a startling entrance into the genre of fantasy, where Joe Abercrombie takes all the classic fantasy conventions and turns them into something unique.

This novel comprises elements such as witty writing, twisted plotting, dry humor, and varying elements, making it unique for some creative reading. In this alternative world of noir Fantasy, shades of gray are the modern black and white. The books of Abercrombie, such as the trilogy The Blade Itself, have helped pioneer a whole fantasy aesthetic.

His First Law books immensely helped to shape the now-standard tropes that act as the foundation for modern fantasy. Since the publishing of The Blade Itself, Abercrombie has produced even greater books. This trilogy also acts as the ‘gateway novel ‘into his bigger ‘First Law’ universe.

4. The Axe and The Throne
Writer: M.D. Ireman

In his stunning debut, Ireman has developed the type of world so bright and engrossing that escaping it at the end is misery. Despite leaning toward grimdark, where authors tend to enshroud every scene in distressing darkness, there is an abundance of jolly moments and brilliant scenery.

From savage, unremorseful heroes to deep, thoughtful villains, the cast of this story comprises believable characters competent of unthinkable actions. It is these characters you wish you could drink with or straight-up want to kill, that build the connection between fantasy and reality.

No book is complete without its reasonable share of intrigue, and there is a plethora of it here. Each chapter will lead you to want more, and Ireman’s skillful use of misdirection produces an abundance of jaw-dropping moments. It is crucial that you know how to outline a novel because it will significantly affect the review of the reader towards your publishing, despite other elements being fundamentally stunning. 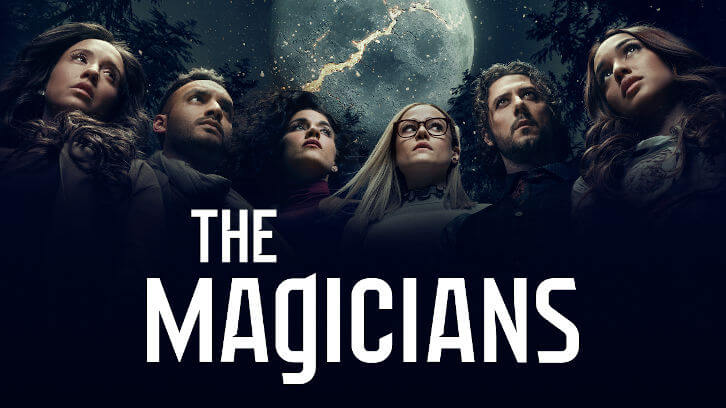 The Magicians is a book that will exploit the element of surprise. This book is an ode to something more profound, highly substantial. It is a grown-up fantasy, where there might not always be a pot of gold at the end of the rainbow and a fantasy where heroes might not necessarily win.

At its heart, the Magicians is truly the story of a boy-become-man struggling to render the world meaning in a world with no meaning. If you seek a happy-go-lucky read where the world gets saved, and everyone meets their true love and does a victory waltz while gazing into the sunset, you should skip this one.

The Magicians take several children’s classics like Harry Potter, Chronicles of Narnia, or Alice and Wonderland and moves them from the innocent child fiction into an adult land where the protagonist deals with adult problems.

Fantasy is a genre that has always fascinated readers for centuries. People enjoy a good read that takes them on a journey amongst the clouds or a deep dive into the ocean of joy and euphoria.

Consider the list of best fantasy novels mentioned above and understand how the writers of these books portrayed various elements and incorporated sentiment.

Previous Post How to Market your SaaS Product with Webinar?

Next Post What Are Top 3 App Store Optimization Tools to Adopt in 2021?