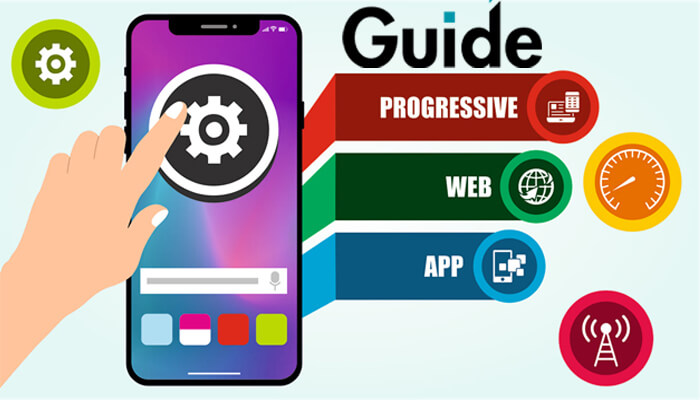 If Progressive Web Applications (PWA) isn’t trending yet, you can bet your bitcoin it will be any minute now. The latest addition to the fast growing technology is a PWA. When Apple founder Steve Jobs unveiled the iPad, it bridged the gap between a phone and a desktop/laptop, which we curiously never knew existed. A sleek device that allow us to carry it around and use it like a desktop, it was just what we needed. That being said, it’s easy to draw parallels as to what a PWA is.

Before going into what a PWA is, let’s talk history.

When the Android-run phones came into existence it opened the doors to a whole wave of free applications, well, sure the iOS had them but well, they’re mostly paid. These applications began ruling a phone and anyone who’s anyone had an ‘app for that‘. However, as time went on a common issue plagued our phones. Yup, you got it right, storage issues. Too many apps on the phone or even the existing ones kept doubling in size with upgrades and once the storage issue comes up, the phones slowed down and it’s all downhill from there.

The worst comes in the form of choosing between the most amazing racing game and the app that calculates your expenses. And eventually, we change our phones because the apps will never stop getting heavier and the pitiful scream from our phone becomes all the more deafening. Applications came into existence mainly because they had a better user experience, quicker booting and unlike websites, they go easy on the RAM. The applications were the answer to clunky websites. They were smart and responsive. They had better User Interface than websites and mainly easier to use.

Let’s Check Out The Useful Guide to Progressive Web Applications:

But what’s the solution to the power-hungry, storage-eating applications?

In 2016, the answer came in the form of a Progressive Web App. Jointly coined by Google Chrome’s Alex Russell and designer Frances Berriman.

Read More: 5 Major Factors That Will Influence The Mobile Apps Market In Future

One of the incredible features of a PWA is that it can load offline (or on slow networks) too since most of the computing occurs at the server end thanks to the service workers and the UI is the only thing that’s on your browser. And because of progressive enhancement it can be on any browser of your choice. Since it’s basically on a browser, it can be shared via URL and doesn’t require any kind of installation on your device be it computers, mobiles or tabs.

Technically, PWAs are pages enhanced with modern web technologies. They run on HTML5 so even if you’re using an old browser you still get to join in on the fun. It also has a responsive design, which means it can adjust its resolution for your mobile phone browser for a sharper look while still maintaining the clarity on a desktop browser too. This means when you switch screens with your same login, it keeps the best resolution stored to give you the best UI.

Some of the other notable features include having an app-like feel in the UI, being always up to date without the need of constant upgrades and its safe thanks to HTTPS that ensures content isn’t corrupted or stolen. Though it doesn’t need the traditional installation of an application, you can add it to browser home screen to boot it quicker. For now, it’s only Chrome that supports all features of a PWA. In the coming months, other browsers will soon be able to like Microsoft, Mozilla and Opera.

Though Microsoft has had it rough in the browser department even with their latest Edge browser, they have come to believe PWAs is the time to put their best foot forward. With EdgeHTML 17.17063, it allows service workers and push notifications on the Edge browser. Their strategy not only focuses on the browser but also their relatively dormant app store. Microsoft wants its users to download them as applications from their app store, pretty much treating a PWA like an application itself.

However, it runs in its own sandbox container making it accessible over any platform though the user will never know the difference. Microsoft wants to treat it’s applications as first-class app citizens in Windows and are trying to take the applications away from the pesky notifications that pop-up in browsers. A user will typically be able to “install” and run/engage the PWA without ever having to open the browse. It is also said that any device running the EdgeHTML17 gets complete PWA tech and properties from the Windows app store. So, those of you out there with heavy apps and worrying about the slow, RAM-hungry websites that eats away your time and energy can now uninstall your apps to make way for the sleeker PWA, they’re definitely more welcoming than PDA.

Karishma Nimavat, an expert SEO whose hobby is content writing working at NEX Software, A software development, testing & Software Consultancy Services Company. She always looks to give insights in web, app or software testing, development, and design. She’s particularly associated in writing about the modern innovations in technology.

Read more: What Are The Best Apps For iPhones in 2019?