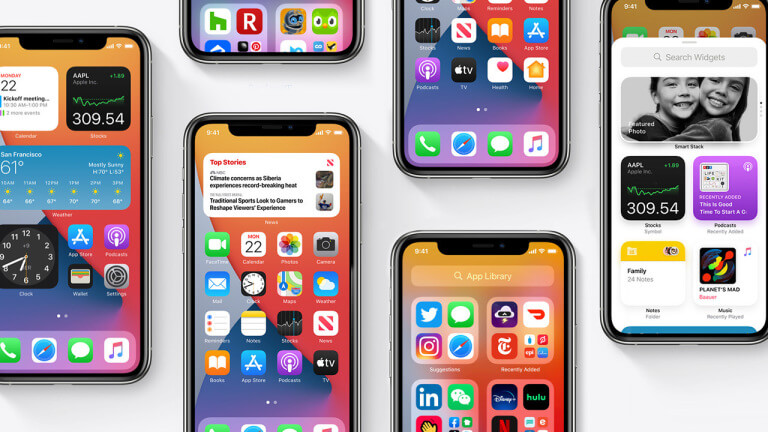 Apple iPhones have become more sophisticated with each passing year. Every iOS version improves upon the last and introduces unique features, but even the most seasoned iPhone users may have missed a few helpful tricks.

1. Shift your keyboard to the left or right –

Many iPhone users opt to text using one thumb rather than both hands. For some, though, this can be cumbersome due to the size of the iPhone. That’s why Apple opted to install a handy feature into their iOS texting interface: shifting the keyboard to the left or right.

Here’s how to do it:

For those who have difficulties reaching certain letters on the keyboard, but don’t want to ditch their one thumb habit, this is the perfect solution.

Sometimes, a simple screenshot can’t capture all the information a person wants. A little-known feature of screenshots is the ability to capture the entire page. To do this, start by taking a screenshot like normal.

When the preview of the screenshot pops up and goes to the bottom left corner of your screen, click the preview. This will open an editing screen for the screenshot, but there’s a “full page” button that can be clicked which will allow you to save the entire page to your photos.

3. Move multiple apps at once –

Whether you’re trying to group multiple apps to one folder or simply trying to declutter your screen, moving individual apps can be frustrating. For example, you may wish to group health topic apps in one folder, but games in another. Moving these individually would be difficult. Instead, to move multiple apps at the same time to one location, hold down on one app so that it starts to wiggle.

Slightly move that app with one finger and, without letting go, use another finger to tap every other app you want to move with it. The app under your finger should then have a small red circle with a number that represents the number of apps you are going to move.

When done, simply move the apps to the location you want and release your finger.

4. Tap the back of your phone to perform actions –

While this trick may not appear as functional to some people, it certainly deserves a spot on this list due to its versatility. To set a function, go to:

From here, you can set both a double and triple back tap to be equal to a function. Examples of potential functions include: App switcher, control center, home, lock screen, screenshot, mute, lock screen, and more.

For capturing certain photos, a standard point and shoot only works so well. Having a quick way to take burst photos is a unique iOS feature that can help in pinch circumstances. To enable the feature, do the following:

Now, when you open the camera app, you’ll be able to use burst. Rather than clicking the center button to snap a photo, hold down on the volume up button. The amount of photos that are being taken will appear where the normal camera button is, and your device will take photos for as long as you hold down the button.

With so many smartphones entering the market, the small and lesser known features that set software’s apart from one another are what differentiate products so much. Try using some of the above tips to enhance your iPhone experience today!

Marie Miguel has been a writing and research expert for nearly a decade, covering a variety of health- related topics. Currently, she is contributing to the expansion and growth of a free online mental health resource with Mind-Diagnostics.org. With an interest and dedication to addressing stigmas associated with mental health, she continues to specifically target subjects related to anxiety and depression.